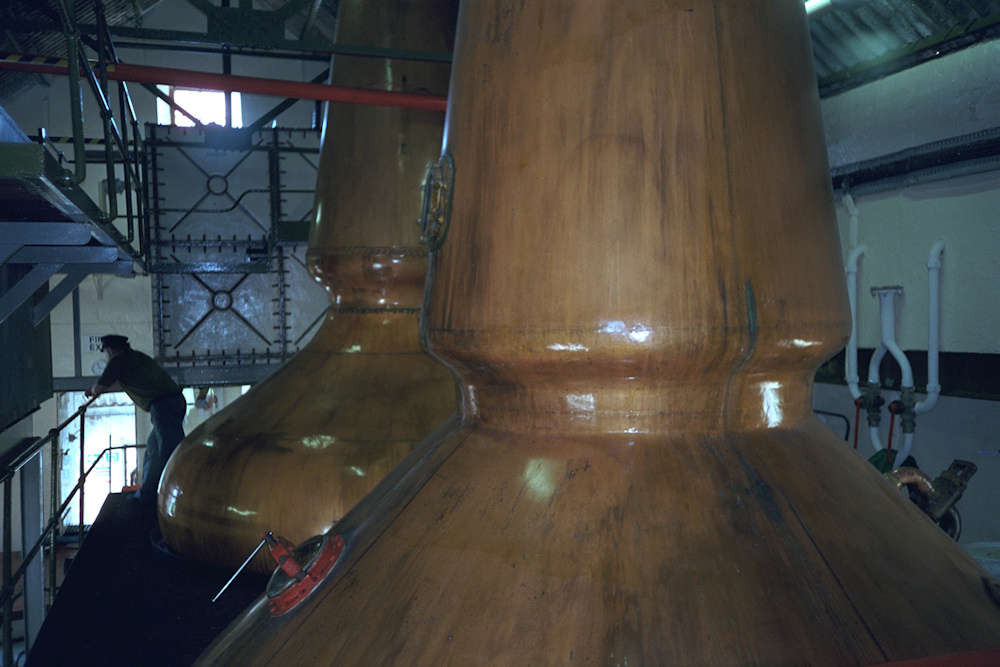 I don’t think they will have changed since (stills have to be replaced at some point, but I don’t think these were), but as this is one of my older Islay pictures I’ve decided to mention it. Stills in the still house at Ardbeg distillery in 1999, during my second visit to Islay, a year after full production resumed.

Update: Turns out I was wrong, one of the stills was actually replaced in 2001. See the comments below for more details. Thanks Gordon!