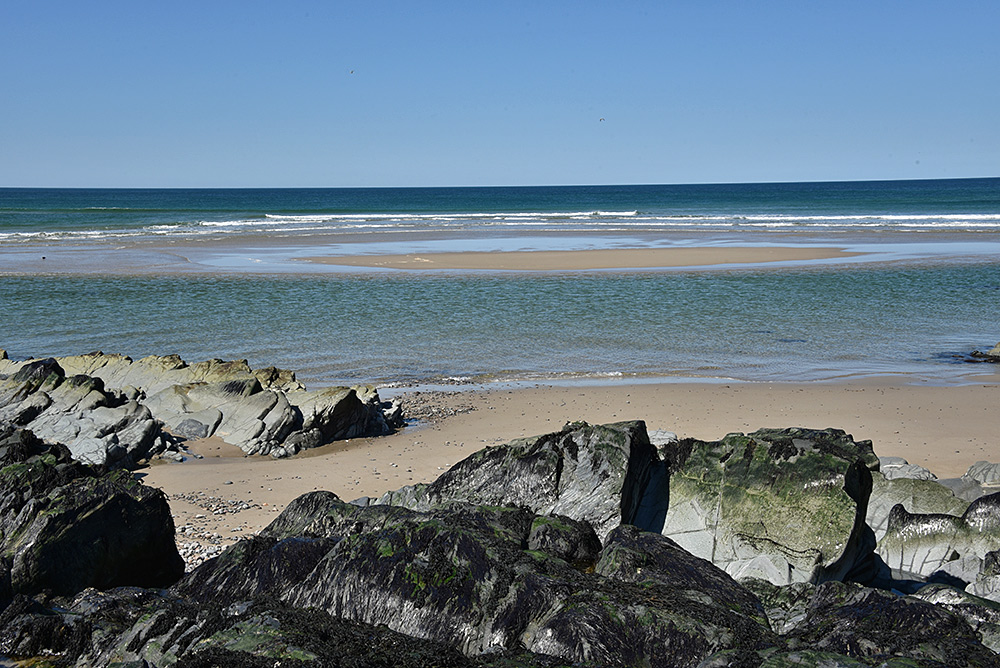 In April 2015 Saligo Bay looked quite different to what I was used to after the winter storms which had hit Islay during the winter. A lot of the sand of the beach had been washed away, at high tide there was hardly any beach left. At low tide there was more beach (as you would expect), but also a new addition: A sandbank had appear just off the beach and the rocks. Not very big, but it was there.

18 thoughts on “Sandbank in Saligo Bay, Isle of Islay”