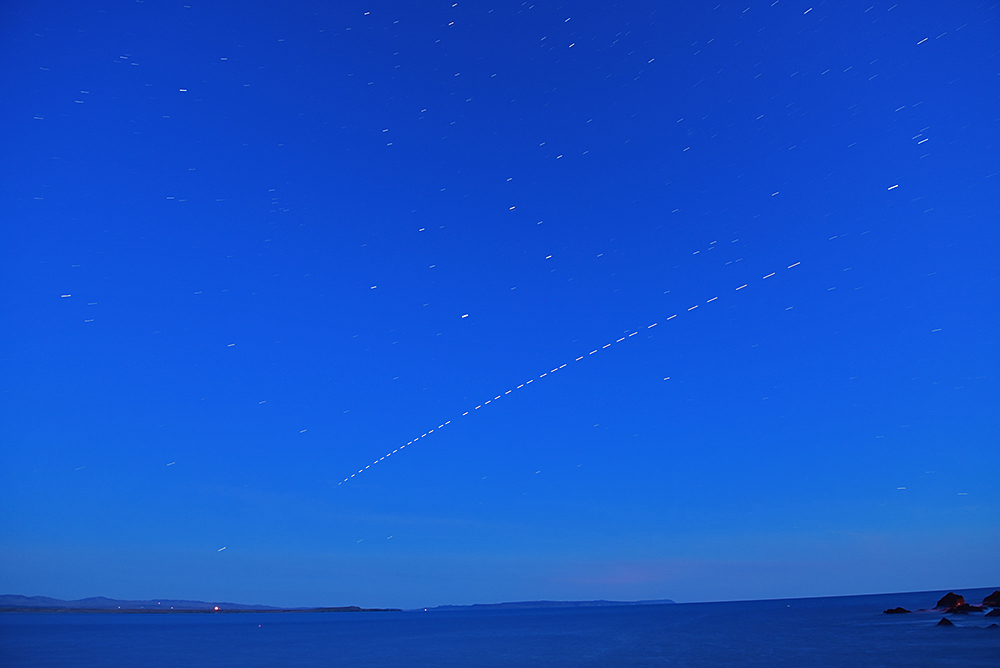 In April 2016 the International Space Station (ISS) was passing over Islay again (see also this picture for an ISS pass over Kilchoman in April 2015), unfortunately it was still fairly light during this pass over Loch Indaal. However, the picture came out better than I had hoped so I decided to share it. The view is south from Port Charlotte pier with the ISS passing from west to east. The Oa in the far distance, Laggan point towards the left of centre. The rocks below Port Charlotte’s Shore Street on the right.

This is a composite picture of 38 images covering just under three minutes, hence the short startrails of the few already visible stars moving across the sky.