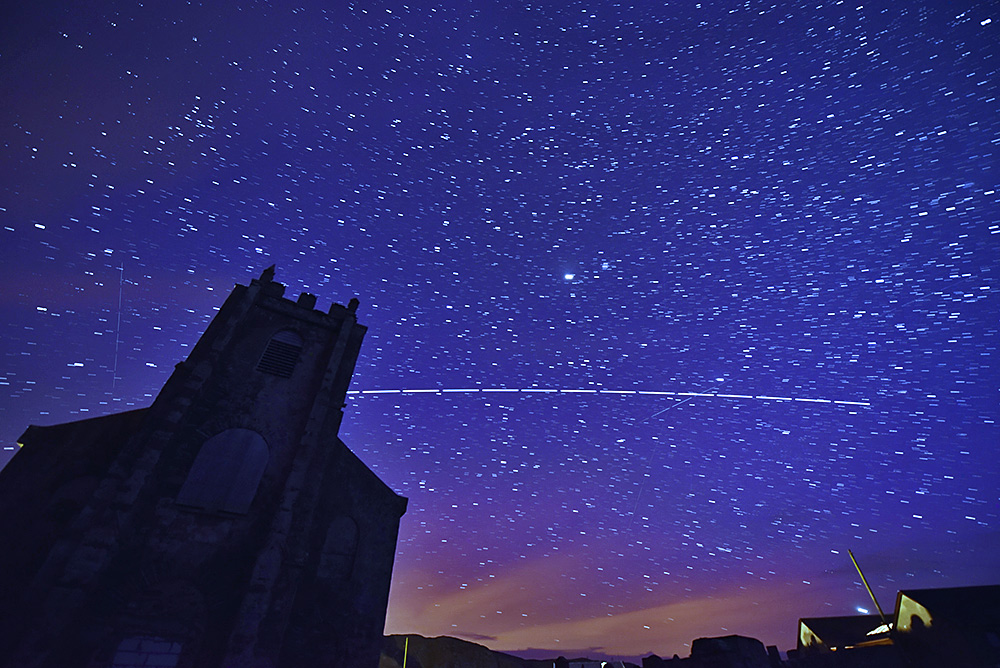 During April 2015 the International Space Station (ISS) was passing over Scotland. One evening (Sunday 12/Apr/2015 to be precise) I set up just outside of Kilchoman Church to capture a pass over Islay. Unfortunately I was interrupted by a passing car just as the ISS started to appear, but luckily managed to still capture the majority of the pass. This is a composite of 14 images covering approximately 2 minutes, hence the movement of the stars resulting in short startrails as well.