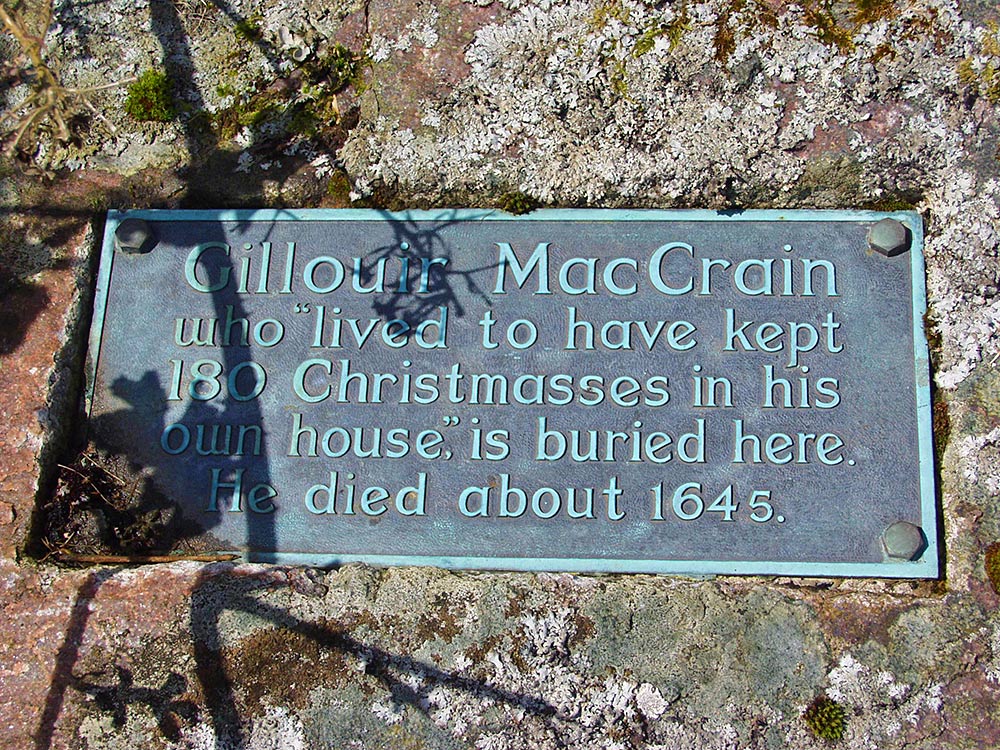 An interesting plaque in Kilearnadail cemetery on Islay’s neighbour Jura for Gillouir MacCrain who seems to have lived to a very high age. There is some debate if he really was that old or if he just counted Christmas twice every year (Scottish Christmas was later than “normal” Christmas). Either way, even if it’s the latter he would have been rather old.