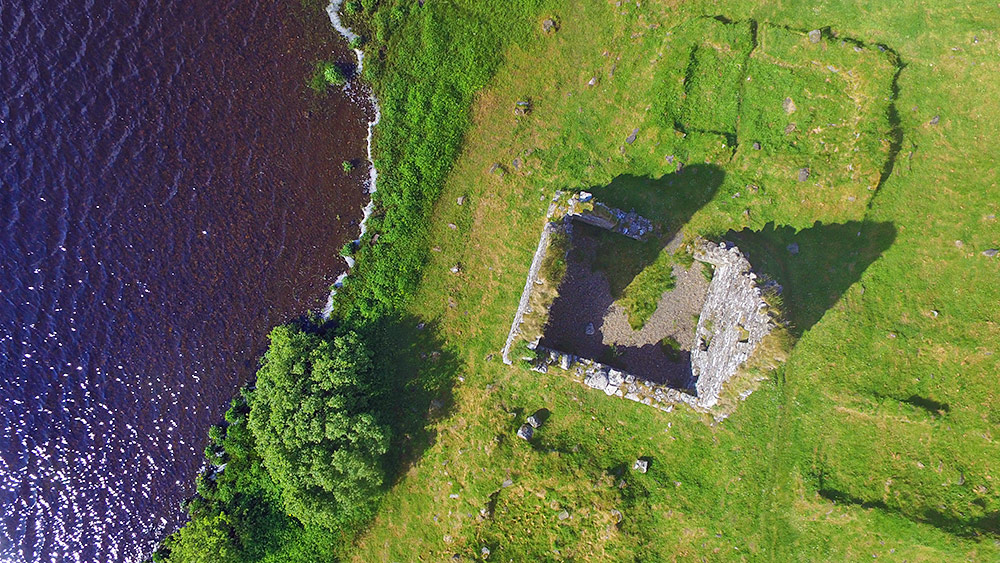 An unusual view of a small part of Finlaggan from the air, looking straight down. This is one of the better preserved ruins, believed to be a 16/17th century dwelling (also described as MacGilleasbuig’s house). On the right you can make out part of the foundations of the Great Hall, on the left the water of Loch Finlaggan.

33 thoughts on “Ruin at Finlaggan from the air, Isle of Islay”