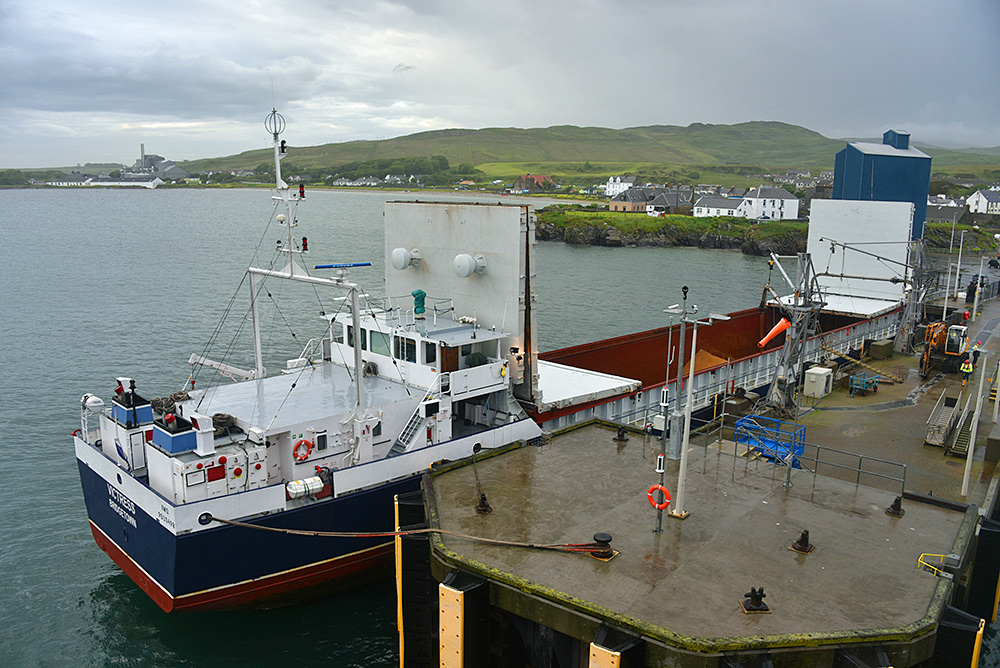 While some of the barley used for making the famous whisky is grown on Islay the island can’t produce anywhere near enough to support soon nine distilleries. The vast majority is imported from elsewhere, brought in by the ‘barley boat’. Here we can see the Victress being unloaded, first the barley is sucked into holding silos (the large square building behind the front hatch) before being transported by lorry to the maltings (in the distance on the left).